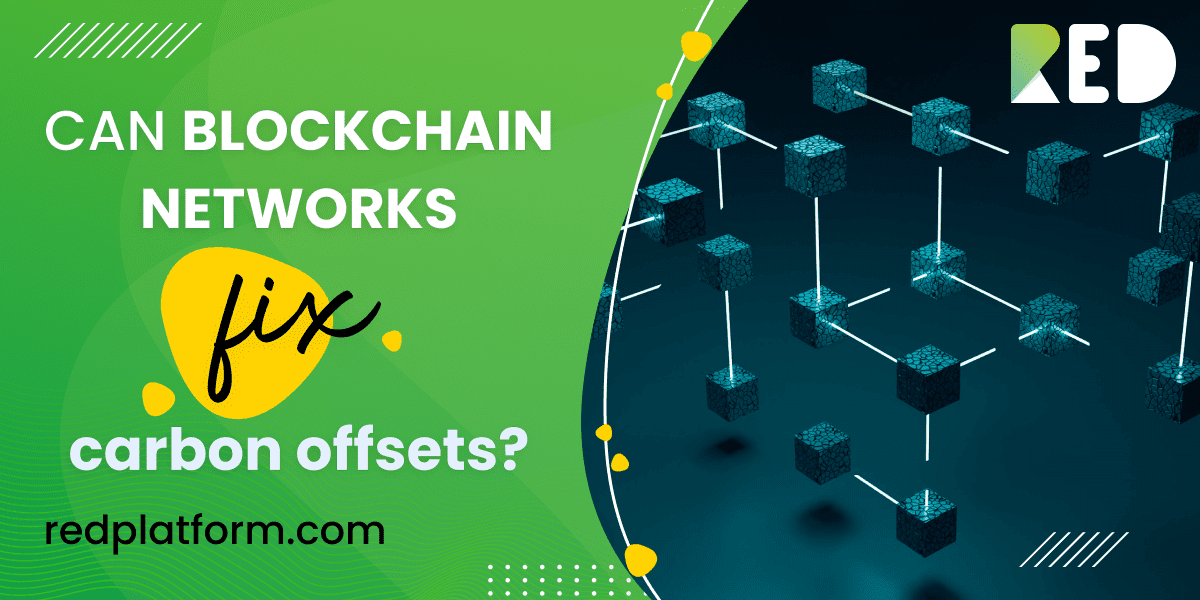 Blockchain technology and cryptocurrency have realized a meteoritic rise over the past decade. As the underlying technology behind cryptocurrency, blockchain is seen to provide numerous solutions to the current world’s problems, including fixing the ever-increasing carbon offsets from cryptocurrency mining. One popular way companies use to achieve their emission goals is through the purchase of carbon credits. These are certificates that represent carbon dioxide that has been kept out of the atmosphere through some act of conservation or removal. In other words, a carbon offset is a way you can compensate for your emissions by carrying out or funding some activities equivalent to carbon saving.

The massive energy consumption in cryptocurrency mining has become a serious environmental concern. Studies suggest that the annual carbon emissions from Bitcoin mining alone could hit past 90 MtCO2e, which is more than the total carbon footprint of some of the most populous cities in the world such as Beijing, Sao Paulo, and New Delhi.

So how can blockchain save the situation?

Many see the carbon credits approach as a pragmatic solution to the climate change challenges. The carbon offsets can help reduce emissions or remove carbon dioxide from the atmosphere, through such activities as preserving forests, building wind and solar farms, or removing methane gas from the atmosphere. However, the concept has received a lot of criticism in the recent past based on the argument that it gives polluters free rein to pollute more than they would do if such leeway was never guaranteed.

Blockchain as the solution

A lot of proposals have emerged on how blockchain can be used to save the environment, mainly through holding cryptocurrency. There is a growing list of suggestions, especially from industry veterans and environmental experts, talking about the cryptocurrency’s regenerative finance (ReFi), which points towards how you can leverage blockchain and crypto to solve the defining crisis of today.

The power of transparency in carbon emissions

Blockchain technology, with its one major strength being fostering transparency, is seen as the magic wand that can tie the loopholes in carbon credit implementation. It gives a boost to the proposal to give companies the voluntary choice to move their carbon market onto a blockchain. By doing so, the companies are publicly tied to transparent pricing criteria, which provides a more highly liquid offset market than never before.

The transparent approach, powered by blockchain, allows even watchdogs to track claims of carbon neutrality directly back to the source. The goal is to increase efficiency, openness, and fairness, which is a much better improvement from the current legacy carbon markets. This is what the RED Platform- the first Carbon dioxide offset system on the market- does.

The RED Platform is one platform that has provided blockchain-enabled carbon footprint solutions that can help you track all your carbon footprints. The RED Platform is powered by blockchain technology and will help you generate, clean, process, and utilize carbon footprint data. The limitless possibilities make it possible for you to understand the level of energy consumption, which not only ensures you keep the right standards with the regulators but also promotes the business side of carbon emissions.

With the RED Platform, the road to sustainability is assured with every participant’s involvement and level of responsibility made transparently.

Your actions matter. Make sure they are good. Register on the RED Platform.