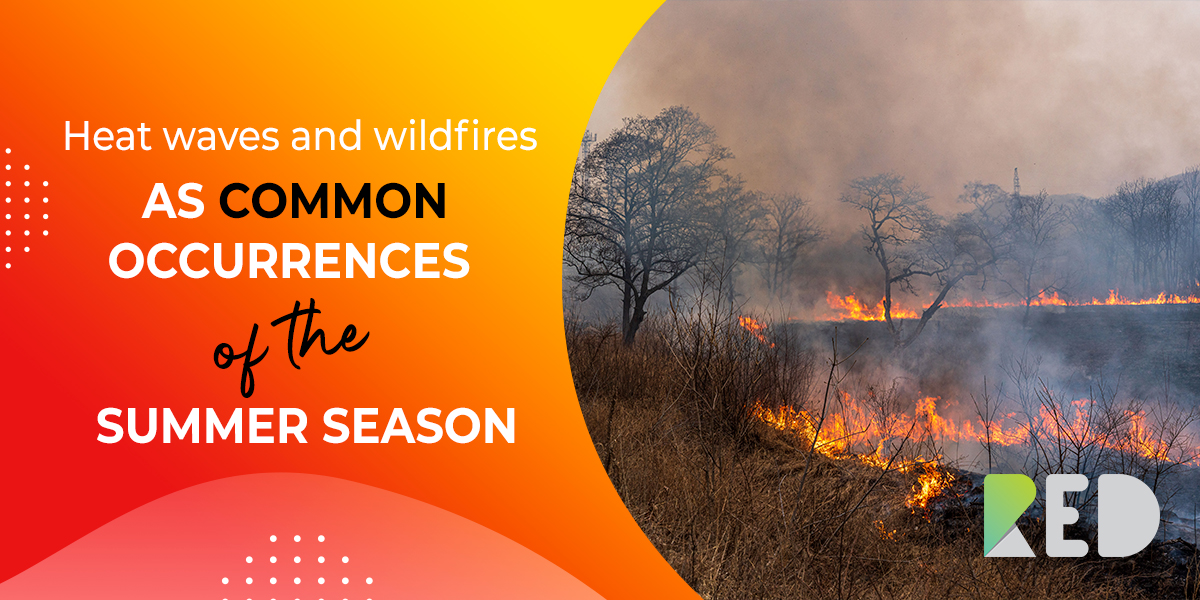 New temperature highs have been registered this summer, especially in July. It was increasingly felt in European countries with the weather announcing over 40°C for days in a row. Is it something to get used to?

Statistics show more frequent and long-lasting heat waves. Scientists are currently working to figure out why climate models seem to fail in showing the actual temperatures we are facing. The causes for this overwhelming heat are different aspects of climate change that together make the actual state of things difficult to predict. The heat dome created over Europe worsened these temperature highs, as air is caught beneath and gets heated, creating constant and persistent weather.

Europe is not the only zone found in this predicament as it is a global phenomenon that concerns the health of people, animals and the whole environment as a whole. Australia registered the hottest day with a temperature of 50.7°C, after India had a maximum of 49°C in May, along with the other South Asian Coastal Countries.

Wildfires in the Mediterranean region

Severe droughts, heat and low humidity are unfortunately becoming common issues, affecting the economy and our overall good living. Most mediatized lately are the wildfires that take over significant parts of forests and not only destroy ecosystems but fuel the greater fire which is climate change, through an even higher rise of temperatures. A wildfire happens in a forest, grassland or prairie and is usually caused by human activity or lightning. With the release of a substantial amount of carbon dioxide, carbon monoxide and fine particulate matter, the atmosphere is severely affected for a while.

In Romania many of these natural occurring fires happened this month, Romsilva reporting ten thousand acres of affected land and 711 wildfires, with 600 more compared to last year’s number of just 98 cases in the first half.

In Italy the region of Carso was engulfed in flames, suspending road traffic and train routes for a couple of days.

The European Commission assigned firefighting fleets to the countries in need, including the rescue reserve with airplanes which were distributed accordingly. Statistical data shows that between 2007 and 2021, 17% of all requests for assistance through the EU Civil Protection Mechanism were in response to wildfires.

EFFIS, the European Forest Fire Information System, was created to give civilians up-to-date information about the state of forest fires in the EU and neighbouring countries. Their website contains statistical data on wildfires that you might want to check out.

The Intergovernmental Panel on Climate Change set the necessary temperature rising limit to 1.5 degrees Celsius, the maximum it can be without causing severe health issues to the biosphere. Climate change will continue to influence our daily life as we have seen until now, slowly worsening as time goes by. The population most affected by air, soil and water pollution is the one that already suffers from adjacent health issues. The World Health Organization makes it its responsibility to talk about this subject on its fact sheets about climate change.

Heat waves endanger the elderly and those with certain affections, and also, they can bring our daily activities to a halt, putting the local and world economy at risk.

Taking their toll on the economy

After two years of pandemic and during a time of conflict and economic recession, extreme temperatures and forest fires seem to be the new aspects individuals and companies must face as they can directly affect productivity in agriculture, construction and other industrial areas. While physical and human resources are likely to have a less normal workflow, some natural resources are lost in their entirety due to these destructive factors. A reduced quantity of crops because of droughts, dried-out rivers and lakes, and fish and other animal species having a hard time living in their ecosystem are factors to be taken into consideration as well.

While you may think that the AC will at least permit some of us to continue working without much of a difference, the electricity consumed is more expensive because of the military conflict happening between Russia and Ukraine. Also, an increase in energy usage would contribute to more air pollution, if the change to renewables does not happen faster. Hot summers level up the energy demand and authorities already expect the following warm seasons to worsen in terms of climate stability.

Where do we stand?

We have previously talked about the European Commission’s Fit by 55 and the RePowerEU plan so we do have an understanding of how the EU’s vision moves forward on renewables now that energy distribution between the EU and Russia comes to a stop. The photovoltaics will be more acknowledged and new regulations will make their use much more efficient for the public and private sectors. The goal for them is to become a common tool in the everyday life of citizens by making them more economically accessible to the public.

As prevention is better than finding solutions, later on, we must think about how our actions contribute to some of the problems mentioned above. If a switch to 100% clean energy is possible for you, then you might want to ponder on the option.

Be in the long run by joining RED

Restart Energy Democracy is a platform dedicated to supporting green and technological initiatives. The blockchain system created for RED allows the exchange of green tokens that can be used for diverse purposes. With MWAT the RED users can buy the RED Country franchise and run their small green business on the platform, having tasks such as guiding companies to offset their CO2 footprint to receive a green certificate.

You can read more about the RED platform’s functionalities and how crypto and energy work together in this article. Also, you are welcome to join RED today if you feel like this is the first easy step you can make towards a greener living. You can start by calculating your carbon footprint and continue from there through the offset option. In this way, you will help the planet and prevent the heat waves and fires that signal the growing climate changes.

Our community team will be at your assistance, so feel free to explore our platform and ask us questions on our Discord channel or by filling the form with suggestions here.